Reported by AllThingsD on Septemer 1st 2013

Japan’s Internet e-commerce giant Rakuten is set to purchase Viki, a premium video site that has been described as “Hulu for the rest of the world.”

The deal was set to be announced next week, but after I queried the company about it, its CEO, Hiroshi Mikitani (whose nickname is Mickey), confirmed the transaction, although he declined to give the price.

That would be $200 million, according to sources with knowledge of the situation.

“Our foundation is not only limited to e-commerce, but an intention to strengthen our ecosystem in Japan and worldwide,” he said in an interview. “We have been looking into finding a global solution for video.”

It is, in my humble estimation, an exciting and innovative purchase by Rakuten, which has been aggressively expanding globally over the last two years to compete with Amazon and others. It is currently in 13 markets worldwide.

That includes a big investment in social bookmarking phenom Pinterest, as well as the$315 million purchase of the Kobo e-book business and Wuaki, a Spanish video-on-demand service.

Viki — a combo of “video” and “wiki” — is a fascinating addition to these, a startup that began in Singapore, offering premium television, movies and music videos that are made globally accessible via crowdsourced subtitling via PCs and over mobile devices.

“Community members subtitle their favorite videos into their preferred languages under a Creative Commons license using Viki’s subtitling technology, which enables thousands of fans around the world to collaborate in dozens of languages at once,” said Viki on its website. 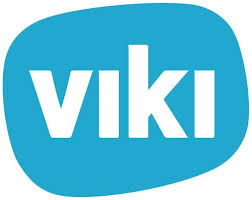 Viki’s videos have been translated into close to 170 languages, or about 500 million words. It is growing fast in Southeast Asia, but is currently aiming at expanding into Latin America and Europe.

For example, I am currently enjoying “Amaya” from the Philippines, which has his can’t-miss come-on: “Can a young princess raised in secrecy rise to fulfill her prophesy as the most powerful woman in Philippine history?”

Viki makes its money much like Hulu does, with in-stream advertising revenue that it shares with content producers. There is a subscription and data play there, too, but a non-paid content model powers its business for now.

Investors have poured only about $25 million into Viki; they include Andreessen Horowitz, SK Telecom, Greylock Partners, Omidyar Network, Charles River Ventures and Neoteny Labs. Neoteny’s Joi Ito, who also heads MIT’s Media Lab, is on its board.

The most recent additions to that Silicon Valley power group are Microsoft exec and Sling Media founder Blake Krikorian and Survey Monkey CEO Dave Goldberg — both of whom have much digital entertainment experience — who put an undisclosed amount into Viki in late July.

The company had been in the process of raising another round, before the intense interest from Rakuten’s Mikitani. While other companies — such as Yahoo — looked at a Viki acquisition, one source noted they were too slow.

Viki has offices in San Francisco, Singapore and Seoul, and describes itself as “born as a joint class project between Harvard and Stanford graduate students who wanted to remove barriers to popular entertainment, regardless of language or country of origin. Today, our team is as diverse as Viki itself — entrepreneurs, technologists and pop-culture fans from Canada, China, Egypt, England, Hungary, India, Indonesia, Japan, Korea, Mongolia, Philippines, Singapore, Spain, Taiwan, Thailand, Ukraine, Venezuela, Vietnam and the United States.”

“We look at this as a hybrid of social network and a digital content distribution network that is unique and different from others … in a country-by-country approach,” said Mikitani. “A multi-language video offering is one of smartest ways for us to expand.”

And he said, after he saw it: “I basically fell in love with the service.”

Here ‘s a very clever video from Viki, which explains a whole lot, and in a lot of languages: